Your Breath and Your Pelvic Floor 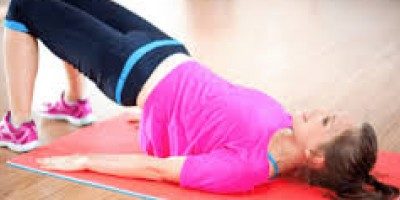 Your Breath And Your Pelvic Floor 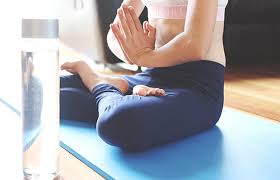 Breathing is primarily an unconscious action performed by the body that allows for oxygen to enrich the blood and carbon dioxide to be purged from the body. Your breathing pattern and the anatomical structures that allow it are incredibly important to consider when it comes to pelvic floor dysfunction and pelvic girdle pain. The primary muscle that controls breathing is your respiratory diaphragm, a flat sheet of muscle that sits directly underneath your ribs and separates the chest from the abdomen. To breathe in, the muscle contracts and descends, creating a vacuum effect and drawing air into the lungs. To breathe out, the muscle relaxes and air escapes.

The diaphragm is both structurally and functionally linked to the pelvic floor and deeper abdominal muscles, with direct muscular and fascial connections running between them. With the above-mentioned muscles, spinal column and deeper muscles of the back, they help to support and stabilise the whole lower back and pelvis. There are also links between the diaphragm and the psoas muscle, the major muscle that flexes the hip. The diaphragm is extensively linked to other structures in the body, and yet is given little to no consideration when dysfunction is observed elsewhere.

During “normal” breathing, coughing and sneezing, there is a symmetrical change in both the respiratory diaphragm and pelvic floor – as the diaphragm descends to draw air into the chest, there will be a corresponding lowering of the pelvic floor. This allows for steadiness and control of the lumbopelvic region and maintenance of continence when coughing or sneezing. Coordinated activity through the diaphragm, deeper abdominals and pelvic floor muscles are absolutely necessary for optimal functioning of the body. Given how strongly these structures impact each other, when dysfunction develops in one, it can impact the others. People with pelvic girdle pain have been observed to display altered motor control strategies, including diaphragmatic excursion and pelvic floor descent (O’Sullivan and Beales, 2007). Suboptimal respiratory patterns seen in chronic lung disease, such as cystic fibrosis or COPD, has also been observed to result in higher rates of incontinence (Button et al, 2019). Given how high the rates of respiratory disorders are in Ireland, with an estimated 380,000 people living with COPD, it is hugely important to consider the impact dysfunctional breathing patterns have on the functioning of the lower back and pelvis.

To ensure proper pelvic health, it is necessary to fully assess the body’s function, including breathing mechanics and diaphragmatic function. Call us or book in online to have an assessment performed by one of our pelvic health physiotherapists.