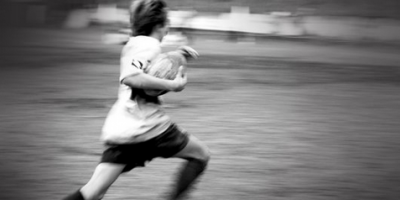 Concussion in rugby is in the news again this week as Johnny Sexton will have to sit out the first of Ireland’s 6 Nations games as he is obliged to follow the I.R.B. return to play guidelines. I have decided to write about this as I completed my dissertation on concussion specifically looking at amateur Irish rugby players. My research investigated the prevalence and understanding of concussion among Irish amateur rugby players.

I distributed a questionnaire among amateur teams throughout Leinster reaching a sample size of 114 players. I found that of the players that filled in the questionnaire, 32% of them had suffered a concussion during their career. I documented 85 concussions from the 114 players surveyed, with players who received one concussion almost twice as likely to receive another one. I found that 92% of concussions happened during a game with almost half of the players losing consciousness. Headaches and dizziness were the two most common symptoms of a concussion.

Since the publication of my research in 2012, the I.R.B. have introduced stringent return to play guidelines with players having to rest from games for up to 3 weeks following a diagnosed concussion. These steps are definitely a move in the right direction for the safety of professional and amateur players throughout the rugby world.

If you are unsure that you have suffered a concussion during sporting or everyday activities, it is prudent that you receive a diagnosis swiftly. A physiotherapist can diagnose concussions and assess the damage and then in turn guide you to returning to play safely.

With clinics across Dublin’s north and south regions, appointments available until 8:00p.m. and opening on Saturdays; PhysioCare is there for you should you need any help in relation to a concussion or any physiotherapy needs. Please call us on 015310001 to book an appointment with one of our Chartered Physiotherapists or Personal Trainers.