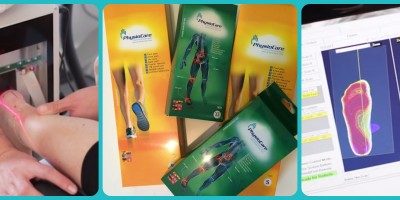 The other day I came across a very new research paper called “The Myth of Growing Pains” by Sciaroni & Hight in the April/May edition of “Podiatry Management”.  They basically discussed the phenomena of growing pains and the ideas which have been bounced back and forth over the past 150 years regarding its cause. What was interesting about this paper was that they concluded that symptoms could be resolved with functional orthoses to control subtalar joint pronation.

Now in all honesty, I haven’t read this with my critical hat on – I just thought it was interesting and easy to read. So look it up and make of it what you will (it’s also been mentioned on Podiatry Arena). What it made me think about in a broader sense is that there is a whole host of literature out there examining whether orthoses work or not. Depending on which stance you want to take, you could pick a number of different papers which back your own personal thoughts & not mention the research which supports the contrary!

Not long after I qualified, I had a placement with a consultant paediatric orthopaedic surgeon. He was very well respected and often gave presentations all over the place. Anyway; when I arrived, he asked me who I was and what I did. As soon as I proudly announced that I was a Podiatrist, I caught a full throttle rant about how we “persist in giving children orthotics which they don’t need and charging parents a fortune” He then promptly quoted the paper by Tim Kilmartin (1994) and went on to say that “Orthotics simply do not work”. Now I wasn’t expecting this at all and rather than open up a debate at the beginning of what looked like a very busy afternoon, I just took it on the nose & carried on!

So what is in the evidence?

These are just a few references and they are primarily looking at whether orthoses change rear foot motion. However they do show that there are counter arguments. There are heaps more papers which address this subject & it is worth having a look through them, but it is important to consider their methodologies rather than just reading the conclusions.

In  2011, Franklyn-Miller et al. published a randomised controlled trial using 400 military trainees  in the American Journal of Sports Medicine. They found that the use of orthoses demonstrated a notable reduction in medial tibial stress syndrome and chronic exertional compartment syndrome. However, they concluded that it was not clear how the orthoses prevented injury or how the devices were functioning clinically!

At the end of the day, we do prescribe orthoses and we know they work – otherwise we wouldn’t use them . . . and the NHS almost certainly wouldn’t give us a budget for them (yes I know that’s getting less & less!).

So, I think the question is more about HOW they work rather than IF they work.