REFERRED PAIN AND YOU 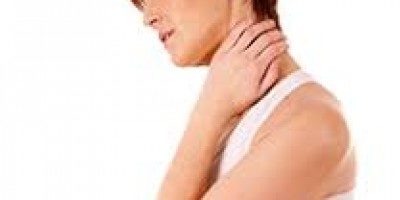 Referred Pain And You

Pain is a complex sensation and in some cases occurs in an area of the body that is not the first site of the problem. This is known as referred pain.

For example, It might seem strange, where we may feel the pain, it may not be coming directly from that location. For example, tennis elbow (also known as lateral epicondylitis) which is felt outside elbow, could be caused by a problem in the neck.

It is essential to have your problem assessed by a chartered physiotherapist to determine the cause of the pain.

True tennis elbow occurs as a result of local trauma and tissue inflammation. Overuse of the forearm muscles causes microtrauma where the tendon attaches to the elbow.

That same spot along the outside of the elbow is where pain can be referred when pressure is placed on the C6 and C7 nerve root. This condition is referred to as cervical radiculopathy. The C6 and C7 nerve root leaves the spinal cord in the lower cervical spine and travels from the neck down the arm. When this nerve gets pinched or compressed, neck and arm pain can develop with pain traveling down the elbow and below.

The elbow pain and dysfunction aren’t caused by local microtrauma of the tendon at all but from abnormal muscle function as a result of the cervical radiculopathy. When the messages from the nerve to the muscle are interrupted, it can cause weakness that makes even everyday activities seem like overuse resulting in what looks like traditional lateral epicondylitis.

Making the diagnosis is important because the treatment for cervical radiculopathy different from tennis elbow. Instead of just treating painful elbow symptoms at the elbow joint, treatment is directed toward the neck as well. Unnecessary surgery can even be avoided.

The authors concluded that lateral epicondylitis is more common with cervical radiculopathy than was previously recognized.

A physiotherapist will assess the individual and design a program specific for that person.

Most likely the treatment plan will include postural and strengthening exercises and manual therapy to restore normal neck alignment and movement. If needed, nerve mobilization techniques can be applied to help the affected nerves slide and glide smoothly. Neuromuscular training during daily activities and while performing work duties are incorporated until the individual can return to normal function.